Teamsters 117 bargaining units throughout the County will be voting on the policy since it affects the leave provisions in your collective bargaining agreement.

Ballots were mailed to your home address on Thursday, January 21 and must be received in the locked Local 117 drop box by 5:00 p.m. on Friday, January 29 at one of the following locations:

Voting instructions and a contact person for each location are available on your ballot. If you have not received your ballot by Tuesday, January 26, please call me at 206-441-4860 ext. 1232.

I also wanted to let you know that King County Total Compensation Bargaining took place here at the Teamsters Union hall on January 20. An update on bargaining will be available on our website by the end of next week. 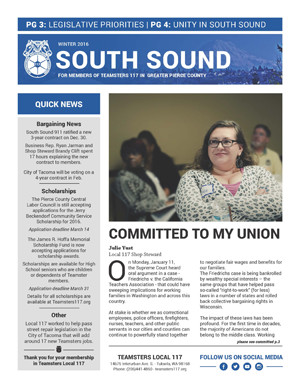 The new issue of our Teamsters South Sound newsletter is now available.

In this issue, you'll find a member's take on recent threats to labor, including a Supreme Court case that could weaken your ability to stand together for family wages and better benefits and working conditions.

We also have some exciting events coming up, such as our Public Service Matters lobby day, our Veteran's Caucus founding meeting, and our Teamsters Casino Night fundraiser.

You can view a PDF of the newsletter here. For print copies, talk to your Business Representative. 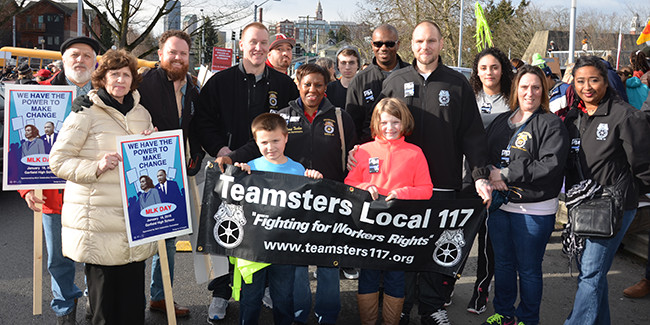 Members of Teamsters Local 117 joined in honoring the legacy of Dr. Martin Luther King, Jr. in Seattle on Saturday.

After an assembly at Garfield High School, labor and community members marched to the federal building downtown under the banner, "We have the Power to Make Change."

"I think it's important as a union member and as an individual to be here because Martin Luther King was one of the great leaders of our century," said Deb Dahlin, a Shop Steward from Macy's who participated in the march. "He preached togetherness and we all need to embrace that."

Join us in honoring the legacy of Dr. Martin Luther King, Jr. 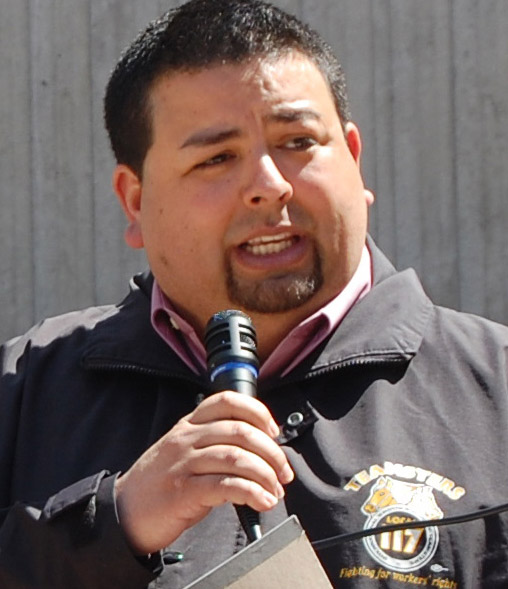 I wanted to invite you to join together with other Local 117 members as we honor the legacy of Dr. Martin Luther King, Jr.

We will be participating in the annual MLK Rally and March this Monday, January 18 starting at 11 a.m. at Garfield High School in Seattle. A group of Local 117 members will be meeting at the Union hall in Tukwila at 10 a.m. to carpool to the event.

You can RSVP for this event on our Union's website here.

MLK was not only an iconic leader in our country's struggle for Civil Rights, he also cared deeply about working families and spoke out against the challenges facing labor.

Dr. King said:  “In our glorious fight for civil rights, we must guard against being fooled by false slogans, such as 'right-to-work.' It provides no 'rights' and no 'works.' Its purpose is to destroy labor unions and the freedom of collective bargaining…. We demand this fraud be stopped.”

Please join us on January 18 as we pay tribute to Dr. King and his legacy. Look for the Teamsters 117 banner! 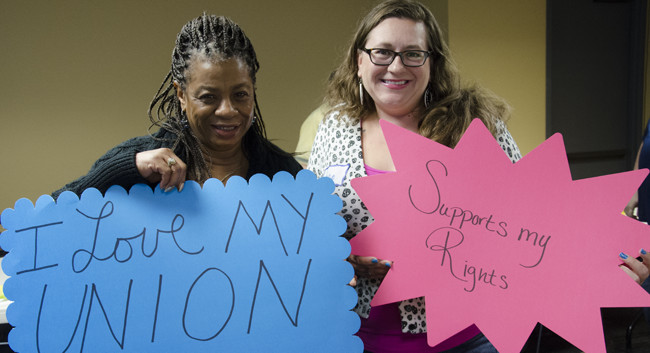 As a fellow Local 117 member, I'm concerned about recent attacks on our Union.

This week, the Supreme Court heard oral argument in a case - Friedrichs v. the California Teachers Association - that could have sweeping implications for working families in Washington and across this country.

At stake is whether we as correctional employees, police officers, firefighters, nurses, teachers, and other public servants in our cities and counties can continue to powerfully stand together to negotiate fair wages and benefits for our families.

The Friedrichs case is being bankrolled by wealthy special interests – the same groups that have helped pass so-called “right-to-work” (for less) laws in a number of states and rolled back collective bargaining rights in Wisconsin. 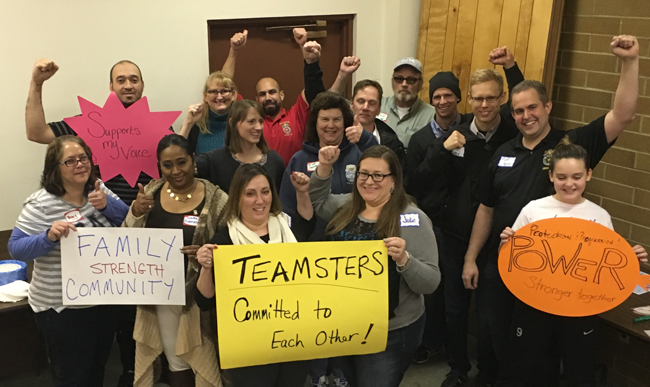 Family, strength, community - those are our values as union members.

Teamsters in our South Sound shops met in Tacoma on Saturday to talk about how to promote those values.

"We want to find out what matters most to members so that we can continue to build strength through our commitment to each other and our communities," said John Scearcy, Secretary-Treasurer of Teamsters Local 117.

To accomplish that goal, we're conducting Every Voice Counts interviews. These are short, one-on-one conversations, in which members will be interviewing other members about ways to build unity in their workplace.

Our commitment to each other is important, especially now, with the ongoing attacks on working families.

On Saturday, January 9, Shop Stewards and member leaders employed in our public sector shops in the South Sound region will be gathering at the IBEW Union Hall in Tacoma for our South Sound Public Sector Leadership Summit to build power and solidarity in the workplace.

With the ongoing attacks on public sector unions in the courts and statehouses across the country, we need to make sure that our union is strong so that we can preserve our hard-won wages and continue to improve our working conditions.

JOIN OTHER UNION MEMBERS AS WE:

Last night was our annual Holiday Meeting extravaganza, with hundreds of members from all across our union coming together for solidarity and our raffle drawing.

Secretary-Treasurer Scearcy kicked things off with a re-cap of 2015, which included some exciting organizing victories. Over 800 workers joined our union last year and thousands more in Seattle's for-hire industry won the right to collectively bargain.

One of our recent successes was at Transdev, where transport drivers voted recently to join Teamsters 117.  The Transdev victory brings 280 drivers into our Union.

We also had a surprise guest - former Secretary-Treasurer, Tracey Thompson, not only attended the meeting, she led the group through our raffle drawing.

Hundreds of gifts were awarded, included 4 tvs, electronics, gaming devices, wine, 2 beanbag chairs, and best of all, NUTS! All of the gifts are purchased from companies with whom Local 117 has a bargaining relationship.

"We are so grateful for all that you do in making Teamsters 117 the strongest Union in the Pacific Northwest," said Secretary-Treasurer Scearcy. "This is our way of saying thank you and happy holidays."

The following is an update from the King County Coalition of Unions to all coalition members:

In order to answer any questions that may come up for members about Paid Parental Leave, we’ve scheduled a Q&A session on Thurs., Jan. 7, from 12-1 p.m. in King Street Center Room 3-D/3-E. For those unions that will put the paid parental leave policy to vote by its members, the County must receive the vote results prior to Feb. 1. Prior to the vote we will be sending out another email with more information about the policy.

Just a reminder that we have an opportunity to give a general union overview at the County orientations for new members. We will be putting together a presentation that will be given by a rotating cast of Coalition reps. The New Member Orientation Subcommittee will help develop and implement this program. Interested in serving on the New Member Orientation Subcommittee? Email Nikola Davidson at nikola@pte17.org. 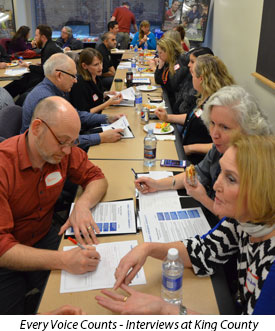