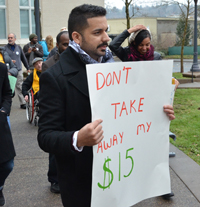 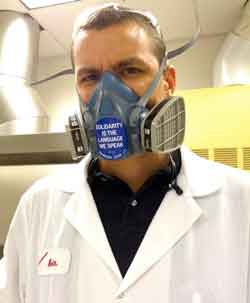 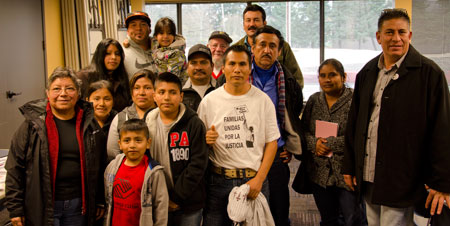 Teamsters Call on Darigold to Return to the Bargaining Table

Teamster production workers and lab technicians, employed by Darigold, met throughout the day today to discuss the company’s last contract proposal.  The Union challenged the notion that the negotiations process is exhausted and called on Darigold to return to the bargaining table immediately.

“Darigold did not engage in meaningful bargaining during federal mediation on October 18,” said Tracey A. Thompson, Secretary-Treasurer of Teamsters Local 117.  “We’re calling on Darigold to stop breaking the law and to return to the bargaining table so that we can reach a fair settlement.”

Want to know some of the issues facing Puget Sound taxicab operators, who are working closely together with Teamsters Local 117?

Check out the new issue of the Fare Times, the newsletter for the Western Washington Taxicab Operators Association (WWTCOA).

Our Fight for Respect at Darigold

I’m a production worker at Darigold’s milk plant in Seattle. I have worked there for over 25 years. It’s my job to process the milk that gets to your family’s table and is served at schools and hospitals throughout the Pacific Northwest.

I’m also a rank-and-file member of the Teamsters 117 bargaining committee.

Teamsters from around the nation, including three from Local 117, converged on Boston in September to join in an effort to organize thousands of workers in the city’s parking industry.

Teamster production workers and lab technicians, employed by Darigold, voted unanimously on Wednesday to reject the company’s latest contract proposal.  Voting took place throughout the day during three meetings held at 10:30 A.M., 3:00 P.M., and 5:30 P.M at the Teamsters Union Hall in Tukwila.

“Darigold is disrespecting its workers and undermining the bargaining process,” said Tracey A. Thompson, Secretary-Treasurer of Teamsters Local 117.  “The company broke the law when they walked away from federal mediation, leaving no one with the authority to bargain.  They have spied on workers and illegally attempted to circumvent the union.”