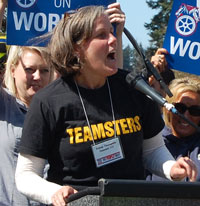 The award honors an individual who has demonstrated exceptional leadership, commitment and dedication to furthering the labor movement in Washington State in the spirit of Mary “Mother” Jones. 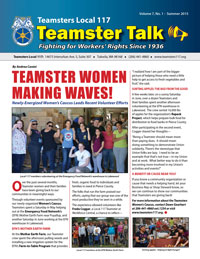 The new issue of Teamster Talk, the newsletter for Local 117 members is now available!

In this issue, you'll find news about the recent volunteer work of our Teamsters Women's Caucus as well as our efforts to organize app-based drivers at Uber, Lyft, and Sidecar.

Your new Secretary-Treasurer, John Scearcy, also shares some of his personal experiences as well as his vision for the labor movement and the future of Teamsters Local 117.

Check out a PDF of your Teamster Talk newsletter here.  For print copies, talk to your Business Rep.

As your new Secretary-Treasurer, I am honored and humbled to serve this Union that I love. As we look ahead at the many challenges that working families face, I wanted to share with you some of my personal experiences and my vision for the future of the labor movement and for Teamsters Local 117.

Support Puget Sound Sage, an organization that helps support us!

Over the last several years, Puget Sound Sage has been an excellent community partner to your Local Union.  They have supported us through public policy research, coalition building, and in numerous contract campaigns.

Puget Sound Sage's mission is to improve the lives of all families by building power for shared prosperity in our regional economy. They advocate for racial equity, a stronger democracy, better jobs, a clean environment, and thriving communities.

Now is a great chance to support an organization that supports us!

GIVE TO PUGET SOUND SAGE ON MAY 5 - HERE'S HOW!

Individuals who donate to Puget Sound Sage through the Seattle Foundation on May 5 will have their donations "stretched" through a prorated pool as a part of the GiveBig program.

So on May 5, go to Puget Sound Sage's page at the Seattle Foundation and GiveBIG!

Whether you donate $500 or $5, your donation is appreciated.  Thank you! 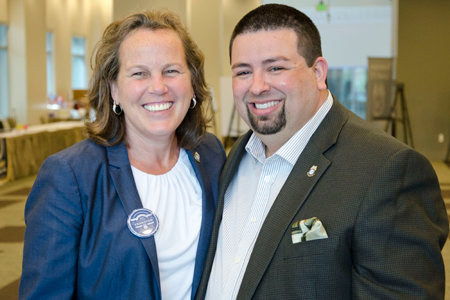 After six years under the outstanding direction of Tracey Thompson, your Local Union will see a change in leadership.

Thompson announced the change at the annual Shop Steward Seminar on March 14 and at the membership meeting on March 19. 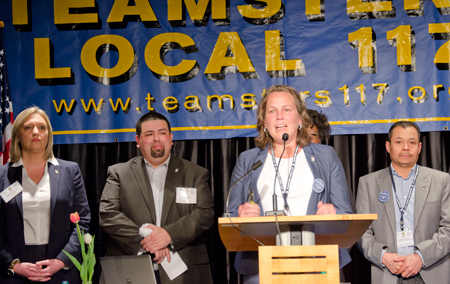 Teamster 117 Shop Stewards from across our Union met on Saturday at the Washington State Convention Center to build power and strategize for the coming year.

"Our Shop Stewards are the rank-and-file leaders of this Union," said Tracey Thompson, Secretary-Treasurer of Teamsters 117.  "Every year we recognize their hard work, commitment, and sacrifice.  We can't thank them enough for the tremendous contributions that they make every day to building a strong Union for all of our members."

At the event, we launched a new campaign - What Teamsters Look Like.  Check it out on Facebook!

View PHOTOS from the event. 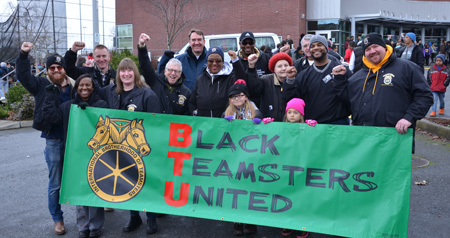 View photos from the march here!

Hoffa Message to the Members: “A New Day for the Teamsters”

Today we received exciting news from the International Brotherhood of Teamsters:

In a video message to the 1.4 million members of the Teamsters Union, Teamsters General President Jim Hoffa announced today that the International Brotherhood of Teamsters and the U.S. Attorney General for the Southern District of New York have filed an application with Chief Judge Loretta Preska requesting that she approve an agreement to end decades of government oversight over the Teamsters Union. It is anticipated that Judge Preska will approve the agreement.

This is a historic day for the Teamsters Union.

Watch the video message from President Hoffa to learn more about this agreement and what it means for our great union. 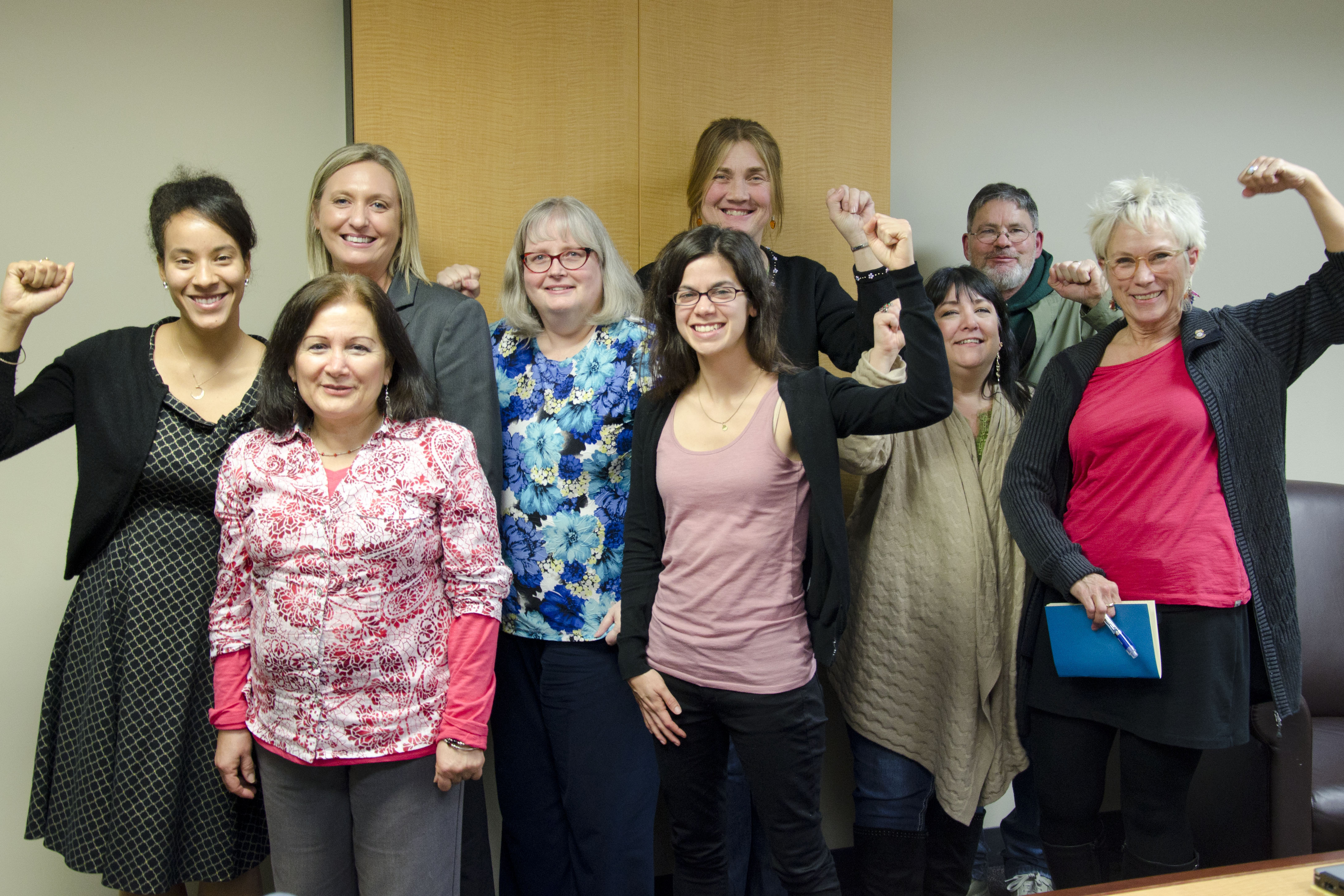 If you missed our first Women’s Caucus meeting, here’s a recap!

Teamsters Local 117’s Women’s Caucus plans to meet quarterly this year following the membership meeting schedule—March 19, June 18, Sept 27, and December 17.  Prior to our next meeting, we will participate in Caucus Lobby Day on Tuesday, February 24 in Olympia. 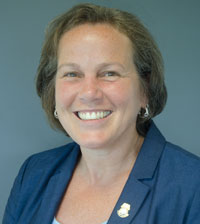 Last summer, we conducted focus groups for dozens of members of Teamsters Local 117.  We wanted to hear from you about how to build a stronger Union that can more effectively fight for fair wages and good benefits for all members.

One of the things we learned is that members want more responsibility and to take greater ownership of their Union.  They want more active Shop Stewards who play a greater role in the workplace; they want to understand their contract; and they want to get involved.

Your feedback has led to a number of exciting changes: