One the last several months, our Union has been in a fight with United Natural Foods, Inc (UNFI), a ruthless employer that has shown little regard for our members' livelihoods or their contractual rights. 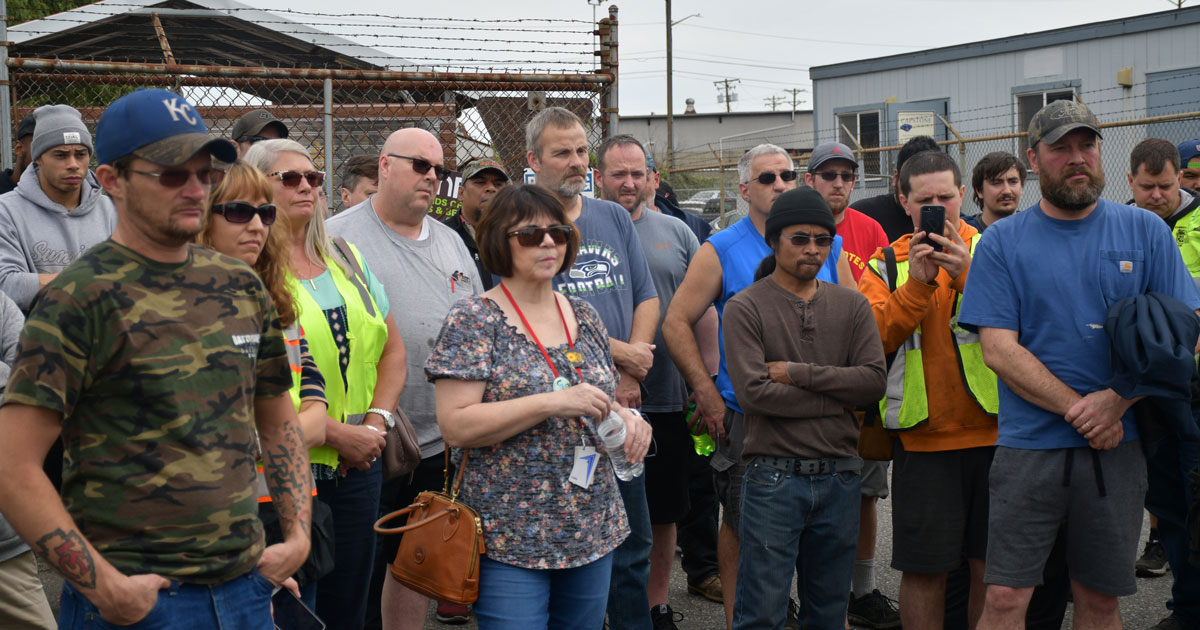 Teamsters in Tacoma learning that UNFI has failed to make timely payments on their health and welfare and pension.

Over the last several months, our Union has been in an intense labor battle with United Natural Foods, Inc (UNFI), a ruthless employer that has shown little regard for our members' livelihoods or their contractual rights.

Right before the holidays, the company unlawfully laid off over 200 Local 117 members from its Tacoma distribution center and is refusing to honor an arbitrator's award that upholds their contract and protects their wages and benefits.

Many of our members are now facing eviction or are struggling to pay the bills or put food on the table for their families.

To assist members from UNFI's Tacoma facility who are facing extreme financial hardship, our Union has established the UNFI Hardship Fund.

Over the last month, we have received generous donations from Local Unions and Joint Councils across the Teamsters Union as well as donations from other labor organizations and individuals. We are extremely grateful to you for your support.

If you would like to donate to support Local 117 members in need, you can contribute by sending your donation to:

Thank you for your support!