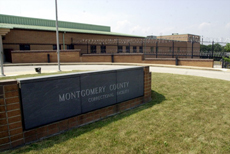 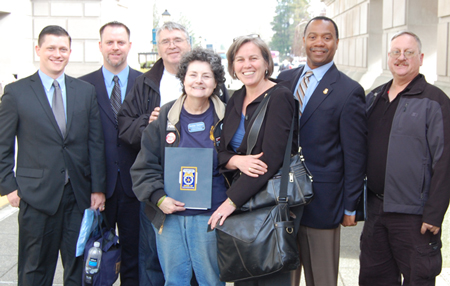 Join us as we fight to protect and expand the rights of State Correctional Employees!  We will be meeting on January 28 at 9 A.M. on the Capitol Campus.  Contact Political Coordinator Dustin Lambro at 1-888-872-3489 for details.

Last year, Teamsters at the DOC successfully won an arbitration award that prohibits the Department from denying personal holiday requests under the pretext that “relief is unavailable.” 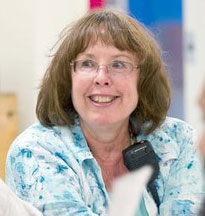 Gracious is the word that springs to mind when you talk about Dr. Tamara Russell.

This summer, Dr. Russell, a Teamsters 117 member who oversees a group of mental health clinicians at the Washington State Penitentiary, received an award from the American Psychological Association for her outstanding and innovating work at the facility.

But instead of claiming even an ounce of credit for the award, Dr. Russell praises her staff for their dedication, creativity, and commitment.

DOC Facility News - Check it Out!

For a sample of the representational work that we are involved in on behalf of Teamsters at the DOC, check out the new DOC facility news section of the website.

The work described in the section is by no means comprehensive.  The facility news section will be updated on a bi-monthly basis and can be accessed in the member center under Department of Corrections and Law Enforcement.

DOC Guardian Newsletter: A Word with the Gov. 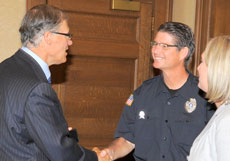 The new issue of the Guardian, the newsletter for Teamsters at the Department of Corrections, is now available!

This issue contains a health care update, a political update, and articles on a arbitration win at AHCC, as well as information about upcoming meetings at your facility.